Here's the reason I've not been drawing anything lately, (outside of class anyway, but I'll get to that soonish.)

Behold the Dark Elves! ...wow, I do use cheap craft paints from Michaels but frankly they look like crap up close and in diffused sunlight, haha

This guy is called a Black Guard: 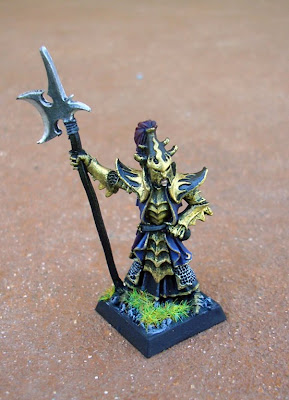 Sorceress on Cold One... not a huge fan of the model or the paint job, but this is the first one I painted after almost two years of inactivity, so nyah. 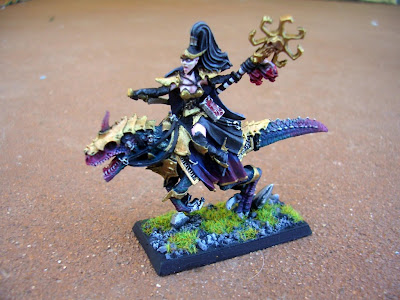 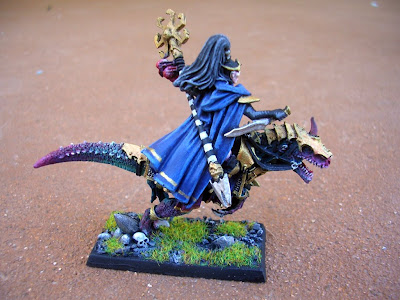 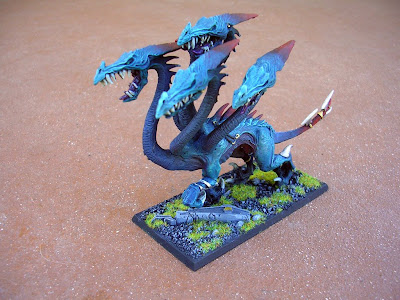 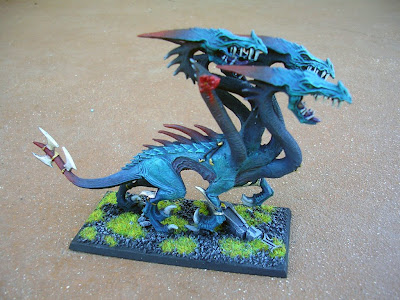 Here's some of the terrain pieces I made as well... 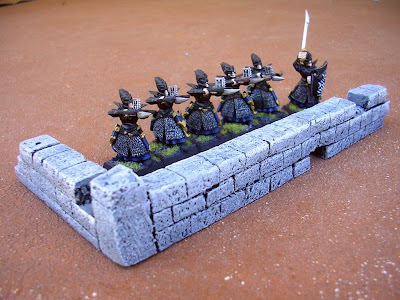 The base these trees stand on is really annoying in gameplay, I might replace it. LOL at the foliage popping off the branches on that one in the back =D 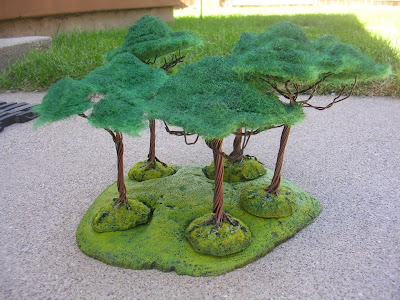 Work in progress. The little guy there is an Executioner champion...so hot. 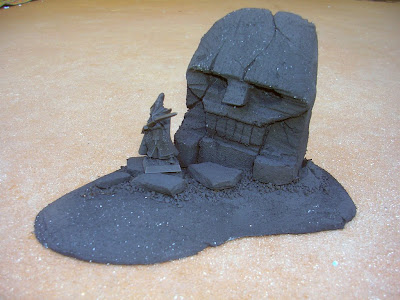